During a recent live stream on my Twitch channel, we explored three different solutions to dependency injection on Android. A do it yourself approach, Koin, and Dagger Hilt. Let’s revisit them side by side, and look at the nuances between them, so we can determine which solution we want to use in our own applications.

If you’d like to watch the video where we explore the different solutions for the same application, you can find that here:

What Is Dependency Injection?

Dependency injection is a concept that can be really intimidating. It’s two long words, thrown around with a number of other buzzwords and libraries, and can be paired with some complicated code samples. Let’s try to break down dependency injection first. To do that, we’ll look at the following constructor for a ViewModel:

This ViewModel has a private variable and constructor paramter for an ArticleRepository. This means that the repository is a dependency required by the ViewModel. We do this for a couple reasons:

Much like any other context where we would use the word, injection refers to how we supply this dependency to the ViewModel. We can do that through constructor injection (seen above), or field injection (create a public setter, to set a dependency after the component has been initialized).

Do It Yourself Approach

For a deep dive into this type of approach, check out DIY Dependency Injection with Kotlin by Sam Edwards.

Examining a DIY approach to dependency injection may help explain some of the later approaches, so we’ll look at that first. Let’s start by creating a dependency graph. A dependency graph is a grouping of related dependencies - and this may contain sub graphs. An example could be:

We can define each graph as an interface:

To implement one of these dependency graphs, we can create a class that builds the dependencies. Try to use a descriptive name! For example, if your repositories are all talking to a remote service, we could do something like this:

It’s okay to have one dependency graph depend on another:

Last, we can create the base instance:

To expose the graph throughout the application, we can do so inside our Application class:

This means we can trim down the code inside our Fragment that was creating the ViewModel:

What’s really great about the code above is that our Fragment class no longer has any knowledge of how to create dependencies. It is only responsible for requesting what it needs. We can do that by getting a reference to the application, and pulling the dependency from the graph, and that’s it. Any logic around what that dependency really is, how it’s created, etc, is managed elsewhere.

There are some benefits to a DIY approach:

It’s important to consider some pitfalls, too:

You can see a pull request of this approach here.

Neither of those lists are exhaustive, but they can give you some insight into choosing the right approach for your project. Let’s look at two more popular approaches and compare them.

The next approach we’ll look at is Koin, a dependency injection framework for Kotlin.

Conceptually, Koin works very similar to the previous DIY approach. Similar to creating dependency graphs, we’ll create something in Koin called a module. Then, everywhere a dependency is used, we can have Koin look it up for us, kind of like how we had to look up dependencies from our base application graph.

Before we look at code, let’s discuss conceptually how Koin works. We write the code to tell Koin how to create any dependencies used inside our application. Then, whenever we need these dependencies, Koin will look them up at runtime. As we’ll see below, this means that whenever we need a dependency, we can just call get() and Koin will do the rest.

This is similar to the last example, where we just got an instance of our application and requested the dependency. With Koin, it’s even simpler, as we don’t need to create that reference to the application class.

Let’s create modules that match the two graphs from the last example:

Let’s take a look at this line: ArticleListViewModel(repository = get()).

By calling get(), this is how we look up dependencies in Koin. This will happen at runtime, and assumes we’ve defined all of the necessary dependencies in a module. If we don’t do this, we will get runtime errors.

Koin does provide a checkModules test method that we can use to validate our modules, though.

To have Koin start managing all of our dependencies in order for us to look them up, we can initialize it inside our Application class with all of the modules:

When it comes time to look up dependencies, we can do this a few different ways:

You can see a pull request of this approach here.

Despite the conceptual similarities, there’s some noteworthy differences between Koin and the DIY approach:

A common theme across all approaches is the idea that we take related dependencies and group them. Hilt is no exception. Let’s look at a Hilt module, and then we’ll talk about each piece:

NOTE: Not demonstrated here is the provides annotation which is used if you’re creating an instance of something from a third party, like a Retrofit API. You can see an example of that here.

Once you’ve created a module and Hilt knows how to create dependencies, there’s two ways we can consume them.

Or we can have it injected into the field of a class, as long as that class is marked with @AndroidEntryPoint annotation:

Similar to Koin, Hilt also has a ViewModel extension which allows us to inject components straight into ViewModels:

Then we can skip all of the ViewModelProvider.Factory boilerplate in our Fragment:

You can find the pull request example for Hilt here. I also recommend this YouTube playlist from Mitch Tabian to learn more.

Some takeaways from looking at Hilt:

While none of these sections were a true deep dive into any of the dependency injection frameworks, this should provide a quick introduction into what each one looks like, and serve as a quick side-by-side glance at the different approaches.

If none of these approaches stand out to you, there’s even more you can explore - like Kodein or Toothpick.

Like any other technology, which one is best for your project depends on a number of factors. Is your company strongly against third party libraries? You can roll your own approach. Are you looking for a DI framework that has a quick learning curve and setup? Koin is great for that. Would you prefer a more type safe approach that comes with compile time validation? Hilt is the one for you. 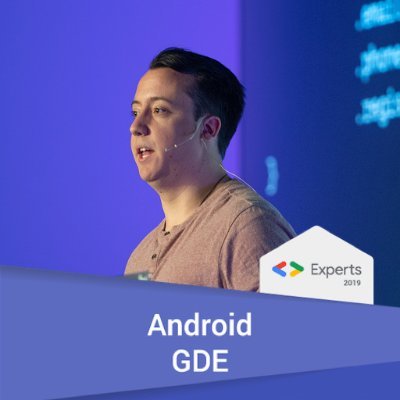 Dependency Injection is one of the hottest topics in Android and software development in general. It's also a topic that can provide a lo...… Continue reading